There was this man I knew that I would talk to from time to time. Just in passing through the area. It dawned on me one day that a few times had went by and I hadn’t seen him around. I was about to ask someone if they had seen him. I happened to look further down the block and I saw him sitting on the bus stop bench. He didn’t look so good. I said to him hey how are you? Is everything ok? He said I have to tell you something. I said ok where you been? He said that’s what I have to tell you. He began to say that he was dying from sclerosis of the liver. I said wow! Let me pray for you. He said no, it won’t do any good. I asked him why do you say that, praying can change things. At least it can’t harm. He looked at me and said that’s another thing I want to tell you. I said, What are you talking about? He said I’m a fallen angel. Yeah right I said! He said I kid you not. Some of the angels God kicked out of heaven are spirit, you can’t see them. Some of them took on flesh like me and you can see them. I said, ok but why are you telling me that. He said, because I wanted you to know the truth. I said, what truth.? He said, all the stuff you been telling people, and hearing about from church is lies. I asked him what stuff are you talking about. He said the stuff about Jesus. He went on to say Jesus is not the Son of God like you’ve been told. I said ok then who is he? He said he was Mary and Joseph’s child. I told him about the virgin birth. He said to me that’s what they want you to believe. What they? I said. The ones who wrote the book he said. I said you mean the bible. Yes he went on to say, it’s all a fairy tale. It’s made up. He took my hand and said trust me I’m telling you the truth. While he was holding my hand I was praying and rebuking the devil at the same time. I know that a fallen angel wouldn’t want you to believe in Jesus. They don’t want you to believe that he is the Son of God. They lost their chance and don’t want you to make it. People of God this made me an even stronger believer than before in the word of God. Demons are real. The word of God tells us that if it were possible they can deceive the very elect. Hold on people, the devil is out to destroy anyone. It doesn’t matter if you are the church or not. Know those who labor among you and pray, pray, pray always. I just had to warn you.! The devil as a roaring lion is seeking people. Please watch as well as pray! Hold on to God’s hands and don’t stop believing. Don’t stop trusting in Jesus. Last thing I said to the man was if you were kicked out of heaven by God, only proves that God is real, Jesus is real, and heaven is for real. God bless you!!
Yes! This is a true story I had to share. 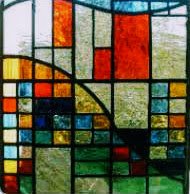 Listen to the most recent episode of my podcast: I’m not ashamed https://anchor.fm/Ramona%20mona-bell/episodes/Im-not-ashamed-e7v70c

I am so excited!

My podcast can be found now on several sites. Listen to my podcast, It Is What It is, Get Over It! on Google Podcasts: https://www.google.com/podcasts?feed=aHR0cHM6Ly9hbmNob3IuZm0vcy9mMmViMjI0L3BvZGNhc3QvcnNz

Listen to the most recent episode of my podcast: You are you https://anchor.fm/Ramona%20mona-bell/episodes/You-are-you-e7p7p9

I just published the first episode of my new podcast! Listen to It Is What It is, Get Over It! on Anchor https://anchor.fm/Ramona%20mona-bell/episodes/In-all-due-respect-e7no2m

What do you mean I don’t belong here?
I live here
You are intruding on my private property
Love that was gated when you arrived
Property I thought would be ours when I let you in
Then you left me by myself and didn’t come back
That only proved you was trespassing on my love